AC Milan recorded a comfortable 4-1 victory against Hellas Verona at home on Saturday evening, effectively sendingI Gialloblu down to Italy’s second division after just one season in ​Serie A.

​​Milan lost this fixture 3-0 earlier this term, but Verona had never beaten the San Siro side twice in the same season. The home side’s last league win over the visitors, though, was way back in 2014. I Rossoneri took an early lead in the match, scoring in the 10th minute throughHakan Calhanoglu, who drilled a shot past the keeper following a pass from Suso on the edge of the box.

The former ​Liverpool man had nearly assisted a goal only a moment earlier by findingPatrick Cutrone in the boxwith a cross. The forward directed the ball towards goal with a sharp flick of his head, but the keeper got down to make a fine save. 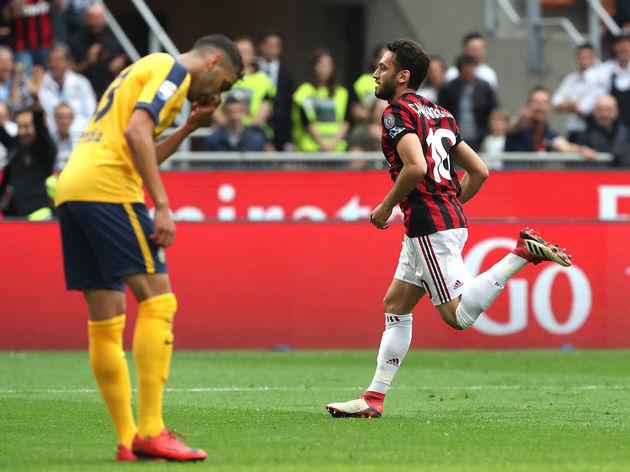 Calhanoglu had another attempt at goal five minutes later, shooting from the centre of the box afterIgnazio Abate found him with a cross. But he put this one off target.

Cutrone made it 2-0 on 32 minutes, though, firing a left-footed shot from the centre of the box following a pass fromGiacomo Bonaventura.

The teams headed into halftime with Milan still leading by two goals following a dominant first-half display by the home side. (You may also be interested in:​Rino Gattuso Admits He Threatened to ‘Knock Milan Teenager’s Teeth Out’ After Seeing Skills Videos)

It didn’t take IRossoneri very long to find the back of the net again in the second half, with Abate popping up with their third goal just five minutes into the period. Suso was again to provide the assist, and the midfielder made no mistake beating the keeper, shooting with his right foot to blast high into the centre of the goal.

Verona snatched a consolation goal late in the match, with 57th-minute subLee Seung-Woo smashing an expertly taken shot from outside of the box in the 84th minute to cut Milan’s lead to two after a failed clearance from Franck Kessie off a Verona corner. 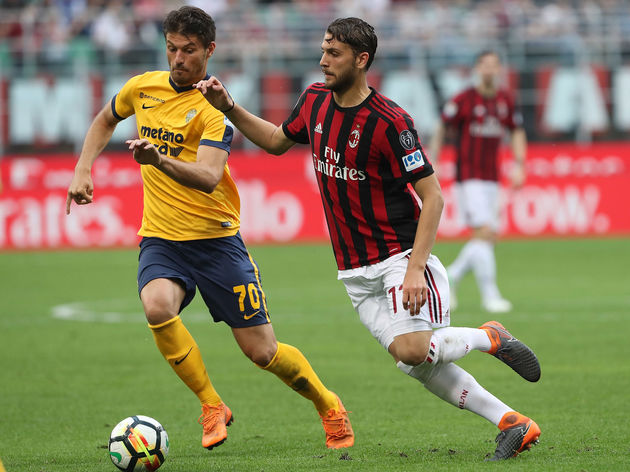 Milan hit back in the 89th minute, however, as Fabio Borini stuck his 11th league goal of the season past the Verona defence to confirm their relegation.

The sides would play out three minutes of extra time before the final whistle, with Milan leaving the day’s opposition to lament their return to Serie B.